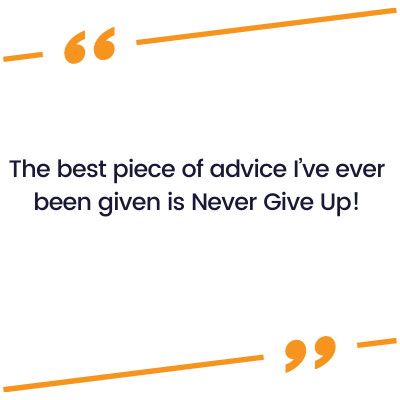 What has your company been up to in the past 12 months?

The last 12 months have been a whirlwind! We have completed a near $1Million dollar refurbishment of the college, taken on key new staff members that are going to fuel our growth In the future, started new courses – Digital Marketing – and new summer camps for juniors – Hatfield and Central London, funded language courses for under privileged teenagers In Rio, Brazil and Medellin In Colombia and ran a programme for 47 refugees In Nottingham to give them a taste of university life. To cap off a fantastic year, we have been nominated for three awards: Charitable Endeavour at the Women In Education awards, Signage and Wayfaring at the FX Design awards and finally our Commercial Manager Jamie Tyler has been recognised In the Rising Star category of the British Youth Travel Awards.

What are the current or emerging trends within your sector?

In the English language sector, the trend Is for more junior students to come and less adults. Generally, people’s ability to speak In English has gone up, making schools have to adapt to the profile of students. We believe that the desire to study abroad has not diminished and feel that our Professional Certificate courses, like Digital Marketing and Fashion starting In January 2020, put us In a good position to capitalise on students desire to have other meaningful experiences abroad.

How does your role support the business?

As a Director of a small business (Bayswater College has around 30 team members in the winter rising to 80+ In the summer) I have a very hands-on and varied role. Alongside setting the strategy for the business, I am Involved In the day to day running of the college from finance to HR, curating the experience and social events of the students, welcoming them on their first day and giving them certificates when they graduate. I also lead the Foundation activities and am currently looking for new projects abroad to honour our one for one commitment that for every student that studies with us, we assist another from a less privileged background.

What has been your career highlight to date?

That’s a difficult one! I have been lucky enough to have had several moments that I am proud of. Starting my own business the language travel agency, Answer English, was a highlight. I wanted to turn the then agency model on its head. At that time virtually all agents were based In market, In Rome sending Italians, In Madrid sending Spanish etc. I located the business In London receiving students to the capital and using exclusively the Internet to recruit clients. It turned out to not be profitable as the cost of acquiring a customer was far too much without a local market to turn to. Having decided to stop, I let all the staff go and faced a significant loss. I used my network and managed to find a buyer and despite staring down the barrel, I received all the money back that I had Invested In It. May seem a strange highlight, but I share this as we have a stigma in Britain often surrounding failure and admitting it. I learned more about business and myself from that episode than any MBA could ever teach anyone. Other highlights followed: starting a profitable accommodation agency London Nest and later selling that, and of course forming Bayswater Education as a social enterprise with a mission to educate and Inspire the next generation.

Where is your favourite place to travel to?

Spain. I studied Spanish In Malaga when I was 18 and fell In love with the culture, food and country. I later returned to work there and lived on the Costa del Sol and in Madrid. I always relish a trip there Playa Bolonia In Tarifa Is my favourite beach, I love Menorca and recently visited San Sebastian.

If you were not working in this sector what other industry would you have pursued a career in?

Prior to entering the sector I worked In the media industry. Ever since I was a teenager I wanted to work In the newspaper Industry. I really enjoyed It, selling advertising and being around current affairs and the news. As an owner of an education company I am a lot more satisfied with what I am doing now, as my purpose Is aligned to what I am doing on a daily basis.

What’s next for your company?

We have ambitious plans for Bayswater College to open 10 locations In the next 7 – 10 years. The Immediate focus Is In growing the adult student numbers In London and juniors on our summer camps, and then by the end of next year to have acquired or started organically another location.

James also sits on the BETA Board of Directors a voluntary group of association members that play a vital role in the setting of policy and strategic direction.

Find out more and connect with Bayswater Education here