ABC Cambridge is launching its FAVA scheme to make it easier for non-EEA members of EEA school groups to study in Cambridge. In an innovative move, ABC will support the cost of visa application for non-EEA school children wanting to join a trip with their EEA-based school

Brexit changes to immigration rules will soon result in non-EEA school children who are resident in the EEA
or Switzerland having to obtain a visa for even a short school trip of a few days, whereas before Brexit their
details could simply be included on a ‘List of Travellers.’

This poses problems for many students and their families, who have to deal with an unfamiliar, foreign system,
and pay a fee which could equal the cost of the trip itself. 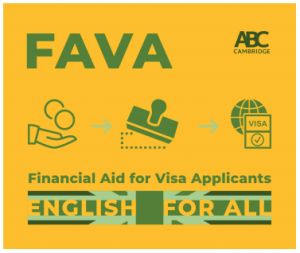 ABC Cambridge’s mission is to respect equality,diversity and inclusion in helping people from theglobal community to learn English. We stronglybelieve that those from minority backgrounds andthose without EU registered travel documentsshould have the same access to educational tripsas their classmates, with no additional cost.With this in mind, and in cases where somemembers of a visiting group would need to applyfor UK visas, we’d like to offer help to ease thefinancial burden. We hope agents and clientschools will view this scheme as a positive movefrom ABC to help bridge the gap for thosestudents who may otherwise find themselvesunable to take part in such a key educationaltravel experience

ABC will initially offer this scheme to groups visiting between 1 October 2021 and December 2022 and will
extend it subject to the economic climate at that time, and whether there have been any changes to UK
immigration policies.