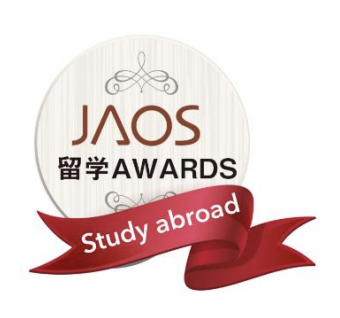 JAOS (Japan Association of Overseas Studies), Japan’s representing association in the worldwide professional network of similar associations (FELCA), with 70 member organizations, has received an approval from the Japan Anniversary Association to designate November 12 as Study Abroad Day. This signified that November 12 is now officially celebrated annually in Japan to recognize and promote the value of study-abroad.

Background of the designation of November 12 as Study Abroad Day

November 12, 1871, was the first time five female students, who included Sutematsu Oyama and Umeko Tsuda, left Japan and accompanied the Iwakura Mission to the United States for a study-abroad program under the sponsorship of the Japanese government. JAOS has designated November 12, the symbolic day when women were first given the opportunity to study abroad, as Study Abroad Day to commemorate the beginning of private ambassadors through education. Since study-abroad had been an exclusive privilege reserved for elite men up until then, this was also an epoch-making day to open up the possibility for Japanese public to seek study abroad opportunities.

Japan has long history of sending its students abroad since around 600 AD, and many of them who returned from their study-abroad experiences have contributed to Japan’s growth. As the world becomes increasingly integrated today, the development of global talents has become a top priority task for Japan. JAOS has designated Study Abroad Day with the aim of raising public awareness to study-abroad opportunities so that the country can continue to nurture significant and influential representatives of talents who will play active roles in the global arena and contribute to Japan’s future through the experience they have gained from studying abroad.

The JAOS Study Abroad Awards comprises of two categories. “Nomination-Based Awards,” will be selected by the members of Selection Panel, a four- member group with diverse and rich experiences in their respective international stages. Award winners will be selected from sectors in Entertainment, Sports, Politics, Social Issues, SNS Influencers, Business and Study-Abroad
Advocate Organizations. “Open-Call Awards,” will be chosen by the Selection Panel from the general public applicant pool whose study-
abroad experiences have made major and lasting impact on their lives. For the “Open-call Awards,” the winner of the Excellence Award will receive a cash prize of 300,000 yen, while six other winners of the Special Award will receive a cash prize of 100,000 yen each.